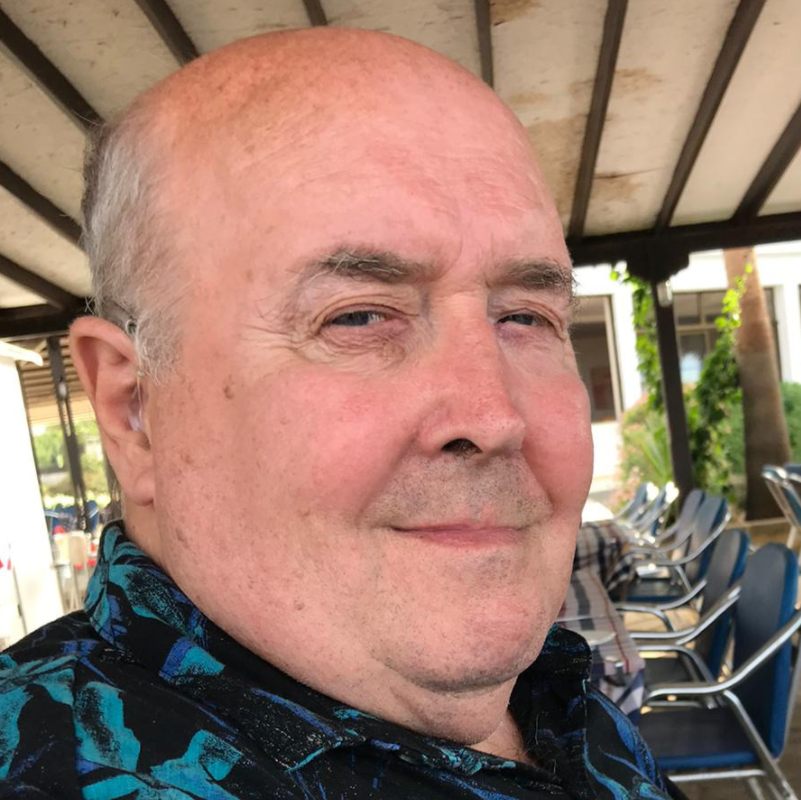 On this episode of Stolen Goodbyes, Karen speaks to Katie Haslam who lost her father Terry to COVID-19. He was 70.
Katie speaks fondly of her kind and generous father who doted on his baby granddaughter but who had suffered a stroke in later life. Katie speaks of her utter shock and confusion after hospital staff said her father was okay despite testing positive for COVID 19 before he died a few days later.

0:00 – Intro
0:44 – Katie gives a rundown of what her father was like as a father and a person, someone who had a cracking sense of humour with great comic timing
3:13 – What does Katie miss about her father on a daily basis?
4:32 – Katie describes how her father was diagnosed with diabetes in hospital where he also tested negative for COVID 19.
05:00 – He returned home to what they assumed would be normal life but he started complaining about a sore throat and tiredness
5:37 – The hospital confirmed he was positive for COVID 19 but that he was okay
07:13 – Terry’s family only got to speak to him for a few seconds at a time despite buying him a basic mobile because the hospital ward he was on had a bad signal
08:23 – Katie and her mother were massively shocked and confused when the hospital phoned to say he wasn’t going to get better and that he would die in the next few days
10:06 – Dressed in full Personal Protective Equipment, Katie prepared herself mentally to say goodbye to her father in hospital but she was confused when he seemed himself, and asked her about the latest football scores
10:55 – He told Katie he was being taken off antibiotics saying: “I think I’ll be coming home tomorrow.”
12:10 – Katie and her mother waited for the dreaded phone call which came a day after Katie had visited him
12:27 – It was very difficult for Katie’s mother as she couldn’t say a proper goodbye to him as he thought he was coming home
13:17 – Katie’s mother caught COVID-19 and recovered, which led to feelings of guilt
15:09 – Only 10 people were allowed to attend the funeral, with his siblings unable to attend
16:24 – There’s a lack of closure, everyone went their own way after the 15 minute funeral
17:17 – Katie’s father passing has affected her sleep
18:10 – The government should have enforced lock down earlier
18:59 – Katie
believes her father caught the virus in hospital
19:16 – If Katie could go back in time, she wouldn’t let her father go to hospital in the first place
19:47 – He loved his granddaughter
20:35 – Katie’s message to the world is the effects of this virus are serious
21:35 – Katie doesn’t believe we will ever go back to normal